WHERE DID THE NAME TAXITRUCK REMOVALS COME FROM?

The question asked most often is why the name Taxitruck Removals? Well back in the 70’s, around 1973 Hugh Nelson worked in Australia. He worked for a company called Taxitrucks, they provided an immediate pick up & delivery of an item of furniture etc.

On his return to England he formed his company Taxitrucks, a furniture delivery service, originating in Danbury, near Chelmsford Essex. This was run from Hugh’s house & the vans were parked on a farm in Danbury, however the delivery service never really took off in England & he was asked more & more to do small removals, then larger & larger removals until the purchase of full-size trucks were needed.

I joined the company in 1980, whilst the office was still run from Hugh’s dining room, we soon progressed to a small industrial unit in East Hanningfield, Chelmsford, then a larger unit for storage in Boreham, Chelmsford, & Witham, Essex, also purchasing additional pantechnicon trucks making Taxitrucks one of the largest removal firms in Essex.

Sadly, ill health with Hugh & the serious 90’s recession hit Taxitrucks & most other removal companies, led him to sell on or shut down, as I was facing redundancy, I decided to take the plunge & purchase Taxitrucks, downsizing immediately by moving the office to my house to save costs. It was a case of back to basics for me, removals during the day, surveying/quoting during the evenings & repairing the trucks at the weekends. (The joys of owning your own business!!!) We carried on like this through the recession, they were not nice moves as lots were sadly house repossessions. However, work & the country gradually picked up & we progressed to a small industrial unit on the Beckingham business park, Maldon, Essex, then joining the B.A.R. bringing the company up to their standards & conditions to give our customers reassurance. Following that we then moved to larger premises with containerised storage being introduced with newer purpose-built vehicles for this.

I now operate from premises of 25.000 square feet, fully containerised, with on site security, red care intruder & fire warning systems, with one of the largest fleets in Essex. We cover all of the UK & Continental removals (commercial & domestic)

So, I have often thought of changing to a more removal friendly name but when a customer contacts us saying we moved them 42 years ago & has pictures of myself, crews & trucks carrying their processions, I feel it would be a shame to lose all that history, hard work/times.

So daft name or not ‘TAXITRUCK REMOVALS LTD IT IS!!!’

See photo’s 1970’s removals. Goods being carried in tea chests, no cardboard boxes in those days!!!

For more information on our domestic removal services, call Taxitruck Removals on 01621 868 882 or Email here 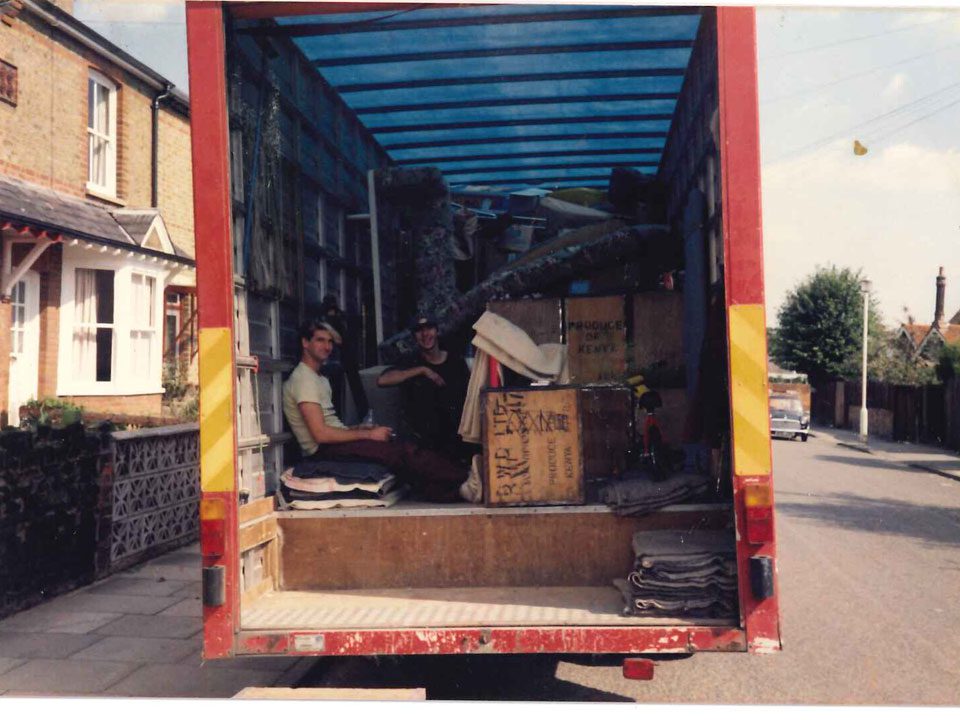